Why Should Tinder Be Your Inspiration for Developing a Dating App?

Being a forerunner in the dating software industry, Tinder’s pioneering efforts have set the stage for all dating apps that will be developed after it. To date, the swipe left or swipe right selection process remains one of its signature dating app features.

Tinder As A Dating Software Pioneer

Tinder was launched in 2012 and has come a long way with its distinct swiping mechanism. Simple enough for anyone and everyone to grasp, Tinder had already captured the market!

But anyone hoping to invest in dating apps by developing their own, would be curious as to how Tinder remains an inspiration for dating apps even today?

Thanks to technological advancements such as video calling and geographical location, the app manage to retain its position as the leading mobile dating app.

How Tinder Can Inspire Your Dating App

Given the ease of communication that technology has created for us, using dating apps has become a reality for people who don’t have time or likeness to date the traditional way. It gets the job done without having to put in extra effort to get dressed and go out.

Unlike most applications that are launched as a web-based application and then later converted to a mobile application, Tinder did it the other way around! Perhaps this contributed to its rapid rise to fame, especially among the younger age groups.

You can do the same by developing a mobile app for both Android and iOS and then later approaching the web application concept. Don’t just settle for mobile dating apps, you will be surprised at how many people will appreciate the web-based application!

If you have ever had a look at the Tinder mobile dating app, you would have noticed the simplistic design followed throughout the entire application. This is a good thing, seeing as people are not interested in applying any more thought or effort than they need to.

Easy-to-navigate apps stand a better chance of engaging the population, and most importantly, maintaining this engagement! This is where most apps suffer a shortfall, especially since mobile apps are not hard to find!

The pandemic greatly affected the dating industry, and companies adapted to these changes with the use of online dating apps. But, that was not enough. Trust Tinder to find the solution to this problem with the introduction of Video calling!

Certain situations have caused current, and future dating apps to learn to ride the technology wave and implement new features as soon as they arrive. Constant upgrades are required to make sure the new technologies are implemented properly and utilized to their full potential.

The application of technology in the dating app industry leaves much to the imagination! Perhaps as a prospective dating app owner, you can be the first one to apply virtual reality to your dating application and become a pioneer!

Not everyone who uses an app like Tinder enjoys reading! Honestly, who does? Dating apps should be fun, fast, and effective without having to read through page-long descriptions and bios of people you are interested in dating.

In fact, Tinder has done a great job with this. When viewing matches, the picture is displayed in full-scale on the screen with just a name, age, and perhaps a job or university. Want to know anything more? Users have the option to tap on the “i” icon, but the description is limited to just  500 characters!

But just like Tinder, keeping the basic features of the dating app free is elemental for success. Demanding a user fee from the beginning is not something your users will be happy about! Instead, make the app free, show users that the app and its features are worth their money, and then introduce a minimal subscription fee.

Even go as far as offering several different premium service packages of various pricing with different features. Allowing your users to pick a package of features that best suits their needs, resulting in a win-win situation.

Make Your Dating App Different From Others

Although Tinder will greatly inspire your dating app, don’t make the same mistakes they have made. Here are a few errors that dating apps commonly make.

Tinder has a very basic profile bio, that said, there are people for and against this feature. The good news is that when creating your own dating app, you can commission the help of a dating app development company to increase the bio characters to let users know a bit more about each other.

With improved bios, users can get a better picture of how compatible a person is with them.

No app ever succeeded without doing a bit of research first! For dating app development to be successful, prospective dating app investors must first take a minute to think about who their target audience is while at the same time not exclude users who don’t match the typical criteria.

Creating a dating app environment that includes everyone (without discrimination) stands the chance of attracting the masses because of its diversity. It is also a good idea to find out if your users will be predominantly male or female.

Audience demographics will help pinpoint exactly who your audience is and what they are looking for, allowing you to specialize your app for such users, without excluding everyone else, of course!

Tinder clone apps can draw on the success of Tinder, being the first of its kind. It has changed the way people date and many who have used the app agree to its simplicity and enjoyable interface.

If you want to invest your money in a dating app that has the highest chance of success, look to Tinder for the best outline of what a dating app is and how to beat the competition. 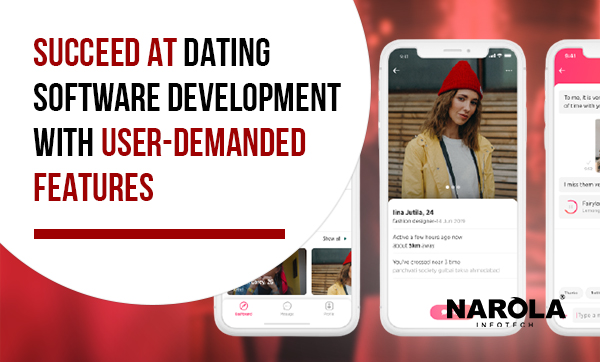 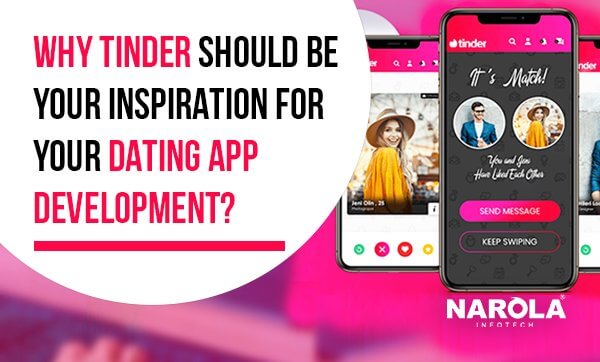 Why Should Tinder Be Your Inspiration for Developing a Dating App?