What Ruby On Rails Offers When Chosen For Back-End Development

Back-end development (server-side development) deals with all the actions a user cannot see when accessing a web application. It helps the browser to communicate with servers, databases, and applications.

Without proper functioning of the back-end, users would not be able to properly access and use your application for its intended purpose. This makes developing the back-end of your app more important than anything else. Hence, you should consider Ruby development for your project.

Ruby On Rails Development: What Does It Offer Your Business?

Just because new technology launches doesn’t mean that older ones become obsolete! In actual fact, they become more valuable as they are stable, secure, and bear good documentation. Ruby on Rails development framework uses a programming language Ruby that has been a pioneer in web application development.

Ruby facilitates rapid development due to simple code and it is actually capable of being a full-stack technology. If you require a website that excels with high user numbers, Ruby is the technology for you. The vast number of libraries offered by Ruby makes sure there is always a gem for your project’s requirements.

Today, nothing much has changed as many developers and businesses utilize RoR to create imaginative and competent web applications. These features alone are enough to beat most opposing technologies.

With the tools Ruby has to offer, the development will be faster and you will encounter fewer obstacles. An array of libraries are available to make software functional and effective at its purpose.

In-built security features also make the development environment more pleasant for an RoR developer to deal with. Apart from this, the syntax is simple and likely to have fewer errors than other programming languages with complex syntax.

Ruby development is an open-source programming language. There is no requirement of a license or subscription for its use. This consequently cuts down the development costs of your project. This ‘free’ nature has other benefits too.

Since the technology is free, updating or changing any features is never an issue. This makes it easy and cost-efficient to maintain your application. As a result, your app is scalable since you don’t have to pay more money for additional technology items.

You never know when you will need RoR web application development. Your user base could outgrow your web app at any time. So, it is essential to make sure you can scale up rapidly and affordably!

Ruby development didn’t become popular overnight! It took years in the making and has won a large following in the process. This does come to great use knowing that developers will experience various technical issues along the way.

Luckily, RoR does come with one of the largest communities, especially on Github. The Github platform is very helpful and answers the most taxing problems that exist. It is times like these when you will be glad you chose Ruby development.

So, whenever a problem arises during development, the project will not be put on hold for too long before the solution is found. This gives yet another reason why RoR is the best back-end development technology.

Using RoR has a high chance of improving productivity. Its simple syntax makes it very easy to learn and read the code of this technology. Thus, any developer joining the team late can catch up within hours or even minutes, not days or weeks!

But, that’s not all that RoR has to offer. When the libraries (gems) of this technology are combined with the simple syntax, productivity is bound to increase. This inevitability is due to the fact that the libraries are efficient.

What makes Ruby on Rails web development an appealing option for your back-end development is the efficient libraries it supports. Libraries are modules that can be directly and immediately used for any project.

All libraries available for use are referred to as gems and need to be installed using a tool called RubyGems. A variety of gems exist and developers will not find the rich libraries lacking in any way. Regardless of the requirements, Ruby makes sure that its toolbox is not limited. One can find a gem for just about anything by visiting rubygems.org, especially an RoR developer. These gems can be leveraged for rapid development.

Code is Simple and Maintainable

Ruby on Rails development uses such simple syntax that some snippets of code will almost read like English speech. This helps developers as they are no longer tied down to writing excessive amounts of code.

They can “do more with less” since the coding requirements are not too much. Plus, fewer errors lead to the quality of the code increasing for the better.

Naturally, since the syntax is simple, maintaining the code as a whole will be much easier. This feature of RoR even makes it easy for inexperienced developers to join the project without feeling years behind!

On a whole, this will speed up the process of developing your software and lower the cost of the whole project. Especially if you have chosen to enlist an experienced Ruby on Rails development company that has adequate expertise with RoR.

Ruby on Rails development hasn’t just caught your attention! Many big names in the industry have long discovered the power of Ruby. Names like Github, Airbnb, and even Shopify have put this highly capable technology to good use!

This technology has been embedded in their architecture. This makes it obvious that Ruby is stable and secure and these companies don’t plan on changing any time soon.

Now that it is understood that using Ruby can yield impressive results, you can go ahead and start your project with the help of an RoR development company.

With the Ruby community working constantly to identify and eliminate bugs and flaws, Ruby is as safe as it gets. But that’s not the only way Ruby gets a safe reputation. Ruby does have a few built-in security measures that are enabled by default.

Thus, using Ruby for software that requires utmost security and stability is not a bad decision. Rails follows the Secure Development Lifecycle (SDL) approach in development; making Ruby software that much more secure.

Should You Hire A RoR Development Company?

RoR development companies have the required expertise and an experienced team that has expert knowledge and long-term practical use of Ruby technology. Using Ruby on Rails development services provided by a company will allow you to deliver unprecedentedly along with meeting deadlines.

Additionally, you will at least rest assured that you are not taking a gamble with your money! When dealing with a service provider, all you have to do is specify your requirements. The rest is taken care of by them. You will not have to carry any of the stress!

Ruby gets to boast of being around longer than most other programming languages. While these technologies are better for other purposes, Ruby is an ideal choice for back-end development.

Scalability, cost-efficiency, function libraries, simple syntax, are all a few features to benefit from this technology. If you really want your application to succeed and be future-ready, choose Ruby language and RoR framework. 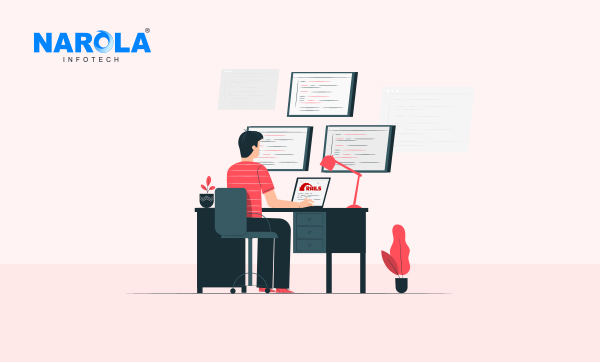 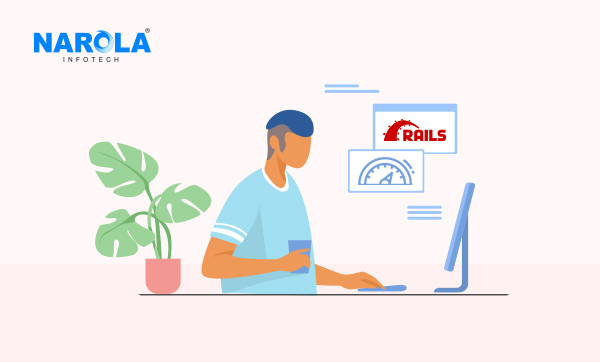 Why is Ruby on Rails Worth Investing for Startups in 2022? 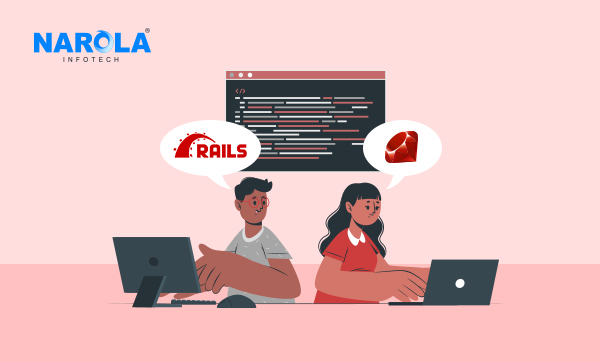