Have you ever thought about what separates humans from others?

Well, You can come up with a lot of things but in all of that CURIOSITY is at the top. We, humans, are curious. We ask a lot of questions. We keep challenging the existing rules and things to convert them into smarter and better. This is our curiosity which promised us a life where machines and electronic devices have become one of our best friends.

In this blog, we bring to you the IoT examples which will help you understand the practicality of IoT. So, it is quite certain that you’ve likely heard the term IoT(internet of things), which represents the next phase of the internet revolution. IoT is broad, covers overwhelming information, and has made it possible to bring physical devices to the digital realm.

In short, we can understand it with a brief description- the Internet of Things is wholly integrated with high definition technology which enables collecting and exchanging data by using embedded sensors, software, and other such media. However, despite the expanding IoT prevalence, most people are still in darkness or have very little information about this technology and IoT examples.

Some Background About IoT –

The concept of IoT is relatively new, but can also trace back to the early 80s. As an early incidence, we can take coca-cola vending machines. In 1982, it was connected with the internet by Carnegie Mellon University’s computer science students.

They had coded the application to check the vending machine temperature and availability of the products. Over the years, IoT has been recognized as a distinct technology and started being used in wireless communication, micro-electromechanical systems, and embedded systems. It also helps to automate daily chores and facilitate adequate monitoring of the associated devices.

As per the latest IDC report, global spend on the IoT is expected to reach around $746, by the end of the year 2020.

We can take the IoT sensor as an internet of things example, which incorporates a digital or manual sensor to the circuit board, which gets programmed to measure a range of collected data from several sensor devices such as temperature, humidity, pressure, vibration, and motion.

The IoT sensor is in the IoT devices list, just because It not only gathers data from different physical environments but also shares data with the connected devices. It enables seamless control over the data by using automation, delivering actionable insights. Most organizations are using it for maintaining productivity, enhanced efficiency, and cost reduction.

As one of the best internet of things examples, smart homes With the latest buzz in IoT, have become one of the top-searched IoT features on Google. It allows you to turn on the air conditioner even before reaching the house, or you can turn off the lights if you forget before leaving. Also, you can unlock the door for your friends or relatives if you are not at home using this technology. These enhanced technologies are making our life simpler and convenient.

The smart home concept has become a powerful revolutionary technology and one of the best IoT examples. It has also been predicted that it will sooner become as common as smartphones are now. The smart home concept also ensures to save time, energy, money, and protect the house. Nest, Ring, August are a few examples of smart home brands, which is also promising to provide never seen before experiences to make the life simplified.

In the IoT devices list, Automated digital technology is another name that is being used to optimize the vehicle’s internal functionality, which has grown up towards enhancing car experience.

A technology-enabled car can optimize its own maintenance, operations, driving mode, passenger comfort using onboarding sensors, and internet connectivity. IoT development companies such as BMW, Apple, Tesla are working towards the new revolution in the mobile auto industry.

IoT has several numbers of applications in the healthcare industry, which helps to provide numerous medical services. Also called as the Internet of Medical Things (IoMT), these technologies help in monitoring and supporting and gathering health care data such as blood pressure, sugar levels, oxygen, and weight.

The Fitbit band tracks your steps, speed, floor climbed, calorie count, and sleeping quality. This wearable syncing device gets wirelessly connected with smartphones and computers. After gathering the details, it understandably transfers the fitness data to track the progress.

Using smart routing and rerouting algorithms, supply chain managers is another internet of things examples, which can predict and improve the services. Also, it helps in mitigating uncertain risks and minimize variance, cost while enhancing productivity.

Voice controller devices such as Google voice controllers are the best IoT examples that allow users to enjoy features like media, lights, thermostats, alarms, volume control, etc which are also remarkable IoT development services. just by using voice. Also, it enables the user to plan their daily activities and get things done automatically.

Smart farming IoT applications are other IoT examples that allow farmers to determine the best suitable time for farming such as harvesting, creating fertilizer, for checking the soil compositions and nutrients, and the level of moisture. These determinations help in precise cultivation which can result in optimized production.

IoT applications have enormous potential in the retail sector. It helps retailers to connect with their customers directly for enhancing their in-store experience. Interacting through smart applications using smartphones allow retailers to serve their customers in an enhanced way. Also, it helps to track consumers’ journey throughout the store and helps in improving store layout accordingly.

In this article, we have shared a few IoT examples, which have predicted to change our way of living completely in the coming future. The Internet of Things (IoT) provides endless opportunities and changes most of the business landscape with the evolution of IoT Technology. The future of IoT is more fascinating as billions of things have been predicted to come, which will make human interaction last. IoT technology enhancement is bringing macro changes in our day-to-day life and in the way we live and work. 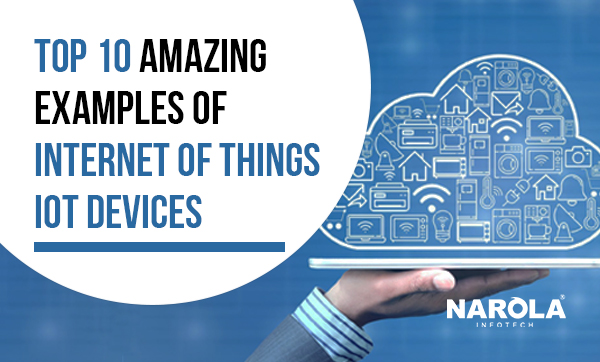 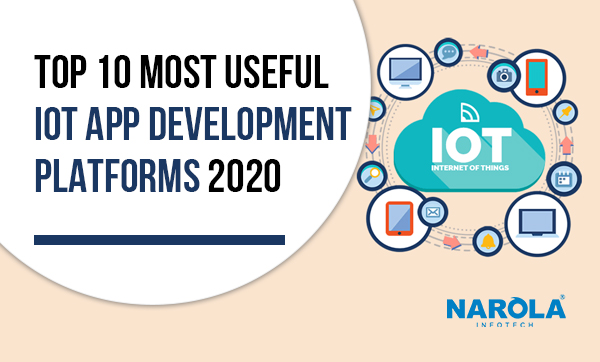