The current market for iOS and Android applications is a large one offering high success if you have a great app idea. Investing in mobile applications is not a bad choice given the popularity of social media apps, mobile games, and productivity tools. When it comes to Android or iOS application development, pool all your time and resources into a single app.

It would be pointless to start your business venture with two apps even though you don’t have a large audience. This would result in losses and high costs! Something that a novice app owner would not want this early on. You can therefore launch your iOS/Android app (Single platform) and then convert an Android app to iOS or vice versa.

Reasons to Convert an Android App to iOS or Vice Versa

Investors usually put a lot of money and effort into iOS app development. You might ask why you should put in more money and convert or create an Android application. Well, after your app has experienced success as an iOS app, you might want to expand to Android as well. This helps in making your app an all-inclusive one and cover a larger audience.

Your app cannot reach its peak when it operates on just a single operating system! Eventually, your app will have to have two versions to cater to all users. That’s why you might even have to convert your Android app to an iOS app as well.

Steps Involved In Converting An iOS App to Android

For reasons already stated, there may come a time when it becomes essential to make the conversion. A move like this could offer you success if your app on the other platform was not so successful.

Before you take the leap to convert your iOS app to Android, there are things to iron out first. Assess what components can and cannot be reused. For this step, you and the iOS app development company of choice should sit down to discuss your requirements.

To help make this process faster and more efficient, divide the finalization process based on two perspectives: technical and business. You can even opt to have specialists such as business analysts and software experts working side by side.

Some vital technical aspects to consider are:

Perhaps the biggest step in converting the app would be the difference in design between Android devices and iOS devices. Simply copying UI components would lead to problems and a strange application layout.

Converting your iOS app to an Android is not a simple copy and paste process! This is due to the major difference in the user interfaces.

Another difference between iOS and Android is the navigation bar. The left-hand side of the Android navigation bar has a menu while iOS has the back option.

Some apps come with built-in support for the right to left languages. But when it comes to converting apps, attention must be paid to this feature. It decides from which side the content is displayed.

Both Android and iOS have automatically adopted RTL (right to left) interfaces from Android 4.2 and iOS 9 respectively. This does not pose much of a problem, making it easier to produce a flipped user interface. Basically, this means that standard UI kit controls will automatically render content in the RTL format.

Both the operating systems use different native fonts for development and you cannot use the exact same one.

Making sure to use the right font or else the whole application will not look suited for the given operating system.

Unfortunately, it is impossible to simply reuse or recompile the code when switching from Android to iOS, or vice versa. This means iOS application development needs to commence again from scratch! But, this is good since it allows you to check compatibility and ensure no issues occur from an easy conversion.

There are several differences between the Android app and the iOS app development process. Programming language, IDEs, store availability, and compatible devices differ. It is understandable why the whole development process would not be identical.

Just like any app development process, testing the app before the final launch is mandatory. Imagine if you launch the app only to find that there is a bug. This would greatly decrease the credibility of your app!

This is why your iOS app developer will stress the importance of testing. This process takes approximately 30% of the total development time. Testing the final app tests for functionality, navigation, and user interface issues.

A list of tests that will be run during quality assurance testing include:

If you want to convert an Android app to iOS or vice versa, the process is not that simple! The application will eventually have to be rewritten completely and made to adapt to the new operating system. Key differences between the two are device size, buttons, and navigation, programming languages, and fragmentation of OS.

So, if you are looking to convert an Android app to iOS or vice versa for your existing app, you must get in touch with Narola Infotech for expert advice and quality services at an affordable package. Our team has hands-on experience in dealing with such and many other complex projects.

We can surely help you glide through this transition. 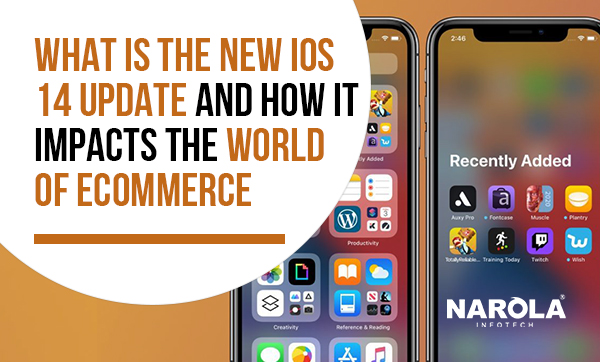