Ruby on Rails or RoR as it has become popularly known, is a technology that was first launched 16 years ago. But even today, Ruby on Rails development is credited with being the foundation for several successful companies. Most of these companies still have effective applications that help in people’s daily life.

Whether these companies applied the help of a developer or an RoR development company, one thing is for sure RoR played a big part in their success! Here are a few examples highlighting the ability of Ruby to be effective across a vast scope of industries.

Starting off our list is Airbnb, a home rental platform, connecting travelers with homes available for rent. The homes listed on this application can be rented for a few days or weeks, maybe even a month. This app will always be popular since there are travelers who prefer an actual home over a hotel room.

RoR had much to do with Airbnb’s success since the code had to be rewritten again after Airbnb started to amass users. So, why did the company choose Ruby? Ruby development is fast and allows this project to be written rapidly, thereby reducing development costs and time to market.

Bloomberg is a popular media house that focuses on financial and economic topics. The company uses a Ruby-based application that boasts of being one of its biggest projects to date with a website accumulating as much as 100 million users a month!

Employing 15,000 employees and having to produce live financial and economic news from around the world, Bloomberg is a Ruby success story capable of reinforcing an investor’s reason for choosing this technology.

Causes as the name implies is a way to affect change by supporting a campaign, petition, or fundraiser that supports your views. This fundraising platform makes the list because it is completely developed using Ruby. Making it the perfect example of Ruby development.

People with support for a similar cause will always come together to fundraise, making a fundraising application a good and evergreen investment.

Similar to Freelancer, Fiverr is a skill-hiring platform that has done bounds of work in creating the freelance environment we have come to know. You can easily find someone with the appropriate skills to fulfill your task.

Fiverr has utilized Ruby on Rails from launch because of its dynamic type system and its memory management, making it possible to support the growing platform which already holds 3 million ‘gigs’.

It is rare to find an active online shopper who hasn’t tried out Groupon at least once! Centering group buying as the goal, Groupon requires a certain number of people to subscribe to a coupon for it to be unlocked to everyone.

The Groupon platform works towards getting applicable coupons and deals to shoppers who buy in a group. In a way, businesses can think of it as a way to draw customers and boost their business.

This company needs no introduction, being the largest site for source code, internet hosting, and software development, every RoR developer knows its major significance in the coding world. GitHub is a haven for developers and is a loyal user of Ruby.

From its release in 2008 to this very day, Ruby still occupies a place in the development of this application. Github founders have been very open and vocal about the involvement of Ruby in their journey, proving that perhaps it can be as effective for you as it was for them!

This video-streaming application utilizes Ruby web development to its core, basing itself on the core philosophies of RoR, “Convention over Configuration”, and “Don’t Repeat Yourself”. The latter clause is very useful since it helps the Hulu application navigate its large library of videos by reusing code instead of writing it again.

Despite operating in just a single country, Hulu boasts of having 41.6 million paying subscribers in the first quarter of 2021. Not bad for an application initially written in Ruby.

Shopify is an eCommerce platform allowing retailers to put up their own eCommerce shop within the Shopify platform. Ruby on Rails has much to offer these types of eCommerce websites because Ruby gems specialize in security, authentication, and even accounting. Overall, Ruby on Rails development services is most suitable for online store creation.

Ruby on Rails development comes in use to fortify the back-end of the application and make sure everything runs smoothly for users. It appears Ruby is doing well in this application since the platform boasts of having 820, 000 merchants operating their e-store on the platform.

SlideShare is another company making good use of Ruby. The SlideShare tool improves productivity by allowing sharing of presentations and PDFs by allowing the author to upload them onto the platform and then sharing them publicly or privately.

Ruby powers the backend of this application making sure that the application functions smoothly even with high user traffic, this is likely the case with effective productivity tools that are used by companies, students, and business individuals.

SoundCloud is a music-sharing platform originally meant for sharing music but eventually transformed into a music publishing tool. SoundCloud founding authors mention Ruby as the primary language used to write this application.

Many famous artists were even discovered on the SoundCloud platform. This could be owing to the simple ability to operate and upload music files. SoundCloud enjoys a massive 175 million monthly users which just goes to prove how popular a music-streaming service can become.

Zendesk breaks barriers between customers and businesses by providing customer support solutions for businesses of any size or industry. This has greatly improved relationships between a brand and its customers, helping the business thrive as a whole. Startups and eCommerce businesses can take note of the essentiality of customer support.

Ruby on Rails development is used to make such an application that completes its purpose and is easy to integrate into the client-side application. Meaning extra efforts will not have to be applied by developers.

Ruby on Rails is great for startups and investors looking to develop a reliable application and put their application out onto the market as quickly as possible without incurring exuberant costs. Moreover, with a thriving community with developers joining over the years, you can easily find a reliable Ruby on Rails development company like ours at Narola Infotech that will help you achieve your development goals. 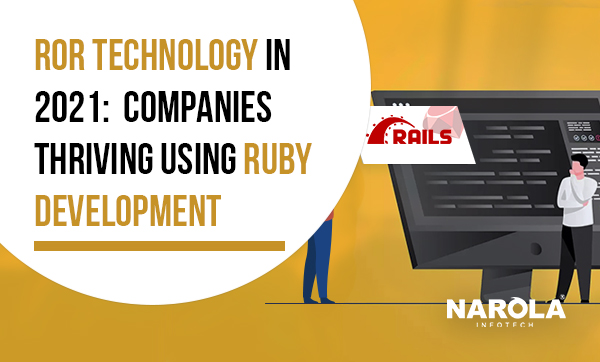 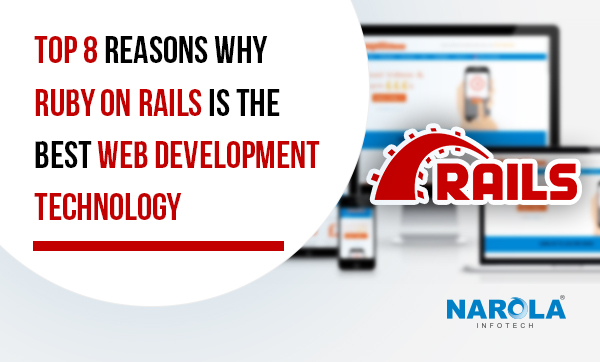 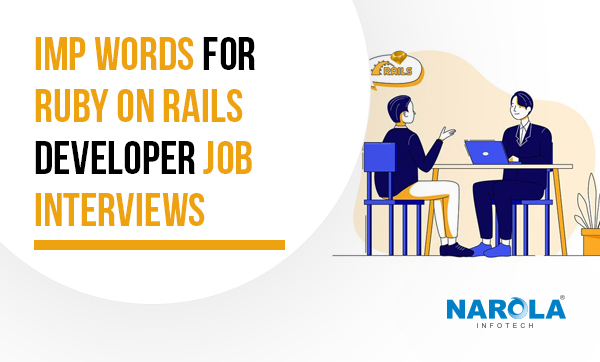