Java and Python: Why They’re Both Winning Technologies!

One particularly appealing option is seeking help from a Python or Java web application development company. Both these languages are popular and have been taking turns to top popularity charts. So, which one should you use?

Since you can’t choose both, which one will be the best. Well, picking a language will greatly depend upon which one has more advantages for your particular development. Let’s compare the two of them to get a clear picture of what they entail.

Java uses static typing which has a few advantages over dynamic typing which Python uses. With type safety, Java can identify errors during runtime instead of compile-time. This means that the errors can be caught early before they pose an issue at runtime.

It is easier to analyze Java code compared to Python code due to the ability to catch errors beforehand. Because using Java catches errors early, developers can perfect their code to avoid some serious runtime errors.

If a team is working on a project, Java would be easier to understand. This is because analyzing code at compile-time is easier than when it is compiled and variables are defined.

Java comes with multithreading capabilities that allow it to carry out parallel programming. This is a technique when a program is split into smaller parts. Instructions are given out and the processor executes all of them simultaneously.

Python bears restrictions that prevent it from implementing parallel programming. The presence of the Global Interpreter Lock (GIL) restrains Python from executing multithreading. Thus, Python can be described as a sequential language rather than a parallel or concurrent programming language.

Java does manage to edge past Python when it comes to performance and speed. Yet, both are highly efficient! Python may not be better than Java but it does establish itself as a capable programming language. It gets the job done and actually beats out a few competitors.

The Java ecosystem is much richer than Python when not considering any particular area of development. Again, the use of the JVM is evident since it facilitates faster development.

Both Java and Python are cross-platform compatible. Although, Java does offer measurably better support for its cross-platform feature. This is due to the Java Virtual Machine (JVM). Using Java means that you can benefit from the JVM.

Python can run everywhere but requires a compiler to convert its code to a language the operating system understands. This is one limitation that does not hold back the Java programming language.

Java does not require a compiler to convert code to make it more comprehensible thanks to the JVM. With modern advancements, almost every mobile phone and computer device comes with the JVM pre-installed. Because of its universal compatibility, a Java development company can be sure that their application will be used everywhere.

When opting for a programming language to develop mobile applications, Java is clearly the winner and heaps ahead of Python. Java is pre-installed and supported by almost all mobile devices and this is a huge advantage that it holds.

The Android SDK includes many standard Java libraries that provide the ability to develop functional mobile applications. Anyone wanting to make a mobile app can receive Java application development services at minimal costs.

Python is not as fast as Java and would not be able to keep up with a mobile app’s requirements. Plus Python, an interpreted language cannot expend that much memory for processing at runtime.

When using Java, the code has to be written according to several data rules by defining variables. As a result the volume of code greatly increases. But since Java establishes errors at the time of compilation, the overall program is much more stable.

Java has caught the attention of many companies which is why it is a common fixture in enterprise application development. Several famous companies including Airbnb, Android, and Docker include Java in their applications.

That is not to say that Java is unstable in any way! It is very stable and some big names like Instagram and Reddit make great use of it.

Using a difficult language is not great because then it would be difficult when you want to scale the application. Because then you need expert developers to work for the extra features or fix an existing one.

An important reason of why Python is popular is its simple coding syntax. Python is currently the most popular programming language. But clearly, both are equally popular and neither one has a clear win over the other. It comes down to the learning curve of each of these programming languages.

Python has a rather concise syntax and less code is needed during the development process. Java is much harder to learn but is a programming language that is worth learning for the future.

Java’s speed and high performance make it eligible for game, mobile application, and enterprise application development. The leading reason for this is the JVM which executes Java applications as well as converts applications in other languages.

Meanwhile, Python’s simplicity makes it the programming language of choice for developing machine learning applications that use algorithms. Because of the various aids on offer, Python also finds a place in Artificial Intelligence and Big data application development.

But, if requirements are specifically pointing to Python, this technology is able to deliver to your needs too. Get in touch with our experts at Narola Infotech who would discern the specific needs of your project. They can clearly state the programming language, technologies, and framework to use. 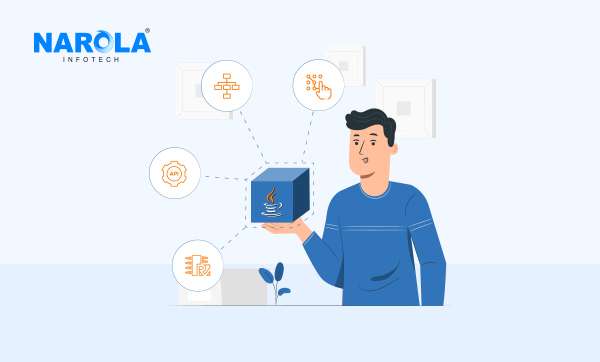 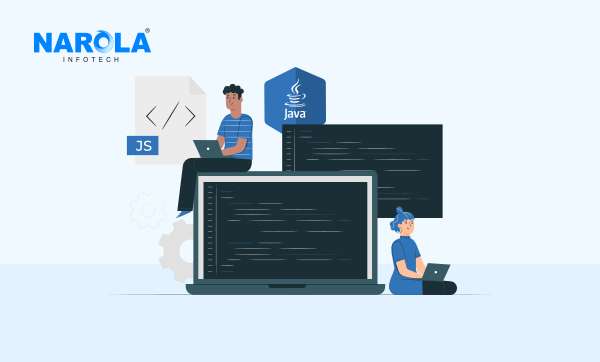 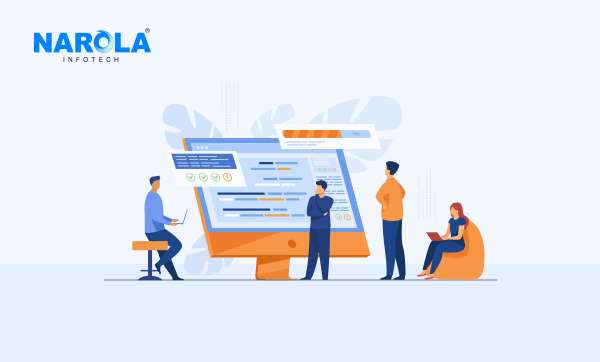