IoT app development is a vast concept. To understand it, it is necessary to primarily know what is IoT (Internet Of Things).

Iot is the connection of physical devices with the internet. Devices are embedded with electronics, Internet connectivity, and other hardware like sensors. These devices can communicate and interact with others over the Internet as they are interconnected. Moreover, they can be remotely monitored and controlled.

In layman’s language, IoT means “objects that are connected through the internet”. We all unknowingly use IoT. Well, How? Smartphones and computers are a small part of the IoT, this makes us a part of the same community.

IoT security has often been criticized as vulnerable. But, so is every other technology. For employing something as convenient and as advanced, it is obvious that full proof security and privacy must be implemented.

IoT (Internet Of Things) has played a big role in digital transformation. It is so predominant that many call it the “Internet Of Transformation”. IoT is not so much so about the IoT devices. It is more about IoT technology.

Being a part of IoT digital transformation involves multiple aspects. The IoT software is to be developed, IoT app and most importantly- IoT devices.

Whenever a business enters the domain of IoT based change, they are looking for more agility and innovation. The goal is to make their product more customer friendly. The idea to necessitate IoT in a business is a part of the IoT app development process.

IoT enables businesses to have a more service-centric approach than the traditional product-based strategy. It reduces the time that was initially taken to channelize a new product to the customer’s end. There is an immediate reaction received. The whole process becomes very quick due to a proficient network.

In 2015, Forbes reported that only 15% of small and 13% mid-sized businesses considered IoT a priority. This number has excelled currently by a staggering amount. Web Development is on a really fast pace and so is its connection with IoT.

IoT is developed mostly on these two platforms namely: iOS and Android.

The latest stats depict that 84% of the IoT app development is expected to be dominating the following fields:

The Internet of Things IoT is largely driven by sensors and networks. This increases the attack surface in the system. IoT is a technology that has novel challenges and requires a unique solution for it every single time. Thus it becomes very important to protect IoT, the entities present therein and the connected devices are completely secure.

Among various issues, one that is most prominent and of prime importance is data security. The breach of private information is unacceptable and is a matter of concern. It is a necessity to implement practical development solutions and processes. There ought to be sufficient

For any technology to be successful, it is the skill of a software developer as to how efficiently they create security solutions. Moreover, managing data integration solutions is a big task in itself. There have been instances where large organizations have failed due to there servers crashing. They could not accomplish the simple task of managing their data.

More access also means more access for attackers. This raises a serious concern for malware and ransomware. With the passage of time, there has been a rise in the number of Denial of Service (DDoS) attacks. There is a continual escalation in financial crime and synthetic identity frauds due to the emerging use of IoT.

As a part of a solution to these problems, the IoT products require regular updation. This can be said because a similar problem was faced in the case of mobile phones when they were introduced in the market.

IoT has a wide scope and it can enter every possible industry without any boundation. The key to successful implementation is enhancing the security aspect of it. IoT is not only limited to the industries it is ready to spread wings even in the retail industry. Thus, IoT app development is a technology that is here to stay for the long haul. 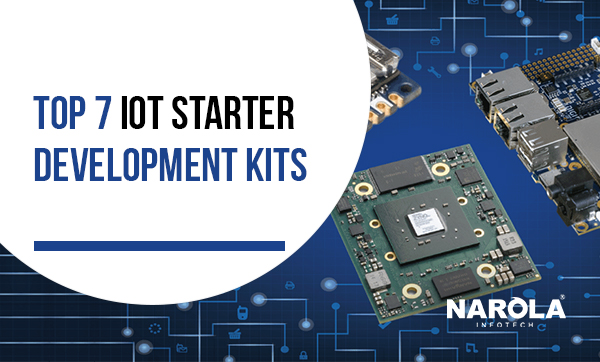