A ReactJS development company is not hard to come by after the popularity of React started to flourish! It seems everyone is talking about React these days. But, for investors and businesses who are not well versed with these technologies, deciphering the hype around React is difficult.

React is very useful when developing applications for handheld devices such as mobiles and tablets. Here is more information about the React framework and what it can be used for in your software development requirements.

React is a front-end web framework derived from JavaScript. The ability for React to use the JavaScript library makes it an efficient choice. React is important for web development because of its high use in the front-end of development.

Why React Development Is Best For Businesses

When it comes to developing an application using React, performance and speed are just as important as the user interface. Whether it is a web application, website, or mobile application, long loading times and poor performance are unacceptable.

The presence of the Virtual Document Object Model (DOM) in React helps to boost performance and speed. Virtual DOM is an indirect representation of all DOM objects. When changes are made, the virtual DOM is updated. This makes updating and displaying objects on the screen that much faster.

Open-Sourced and Free For Everyone

When developed, React was meant to be an internal tool only available to Facebook engineers to work on perfecting Facebook. But eventually, the technology was made open-source and everyone can now use it, for free!

Your business can save a lot of money by not having to pay for a license to use React technology. This cost-efficient property of React has greatly increased its popularity among businesses.

Thus, making it one of the most sought-after options not just for developers but for investors alike!

Because of the lack of a steep learning curve, React appeals to many developers. So much that it even ranked as the most used web framework by developers in 2021. It must be because anyone with ample knowledge about JavaScript can easily pick up on React.

You can hire ReactJS developers without worrying if their skills are adequate for your project. React is much easier than Angular and Vue, two other front-end development frameworks. Maybe that’s why it has earned itself high popularity in such a short time span.

Due to its management by Facebook and expansive global community, React remains a popular, reliable, and up-to-date technology that is highly capable. The community consists of developers at all experience levels. They work progressively on React to identify and solve loopholes, as well as increase functionality.

With such a community choosing React will not be a mistake, especially when considering the livelihood of your project. Having a whole community to grow a framework is great and beneficial in the long run.

Code Is Easy To Maintain

React projects are very scalable because they are easy to update. React uses a modular structure which is the reason why React code is easy to maintain. The modular structure works to implement a React program in the form of unique and individual modules.

These individual modules are then implemented into the working interface. Thereby making the program maintainable. Even a not-so-experienced React developer will be capable of managing the project.

It is no secret that appearance and user interface design contributes greatly to an app’s success. There’s no shortage of mobile apps or websites and users won’t hesitate to switch to the next one in seconds.

Want to captivate a user at first sight? Create a rich user interface that’s impressive! Luckily, React is just the technology to help you accomplish this. Pairing amazing features with poor design will not impress users. That’s because people think with their eyes first before using an app.

Having pre-written code at hand will undoubtedly speed up the development process. React uses a modular approach to development. As a result, each component is developed individually without having to write the entire program first.

This modular development betters the quality of the code. It also reduces the development time greatly since the React developer can reuse code. With React, your project can be completed in the shortest amount of time.

This React property really benefits your business. That’s because the less time a project takes to complete, the less it costs to hire Reactjs developers.

React enables the writing of HTML and JavaScript code using an aid called JSX. This makes writing custom components that much easier. It also facilitates the simplified rendering of subcomponents.

Projects That Utilize React and The JavaScript library

React is particularly useful for some development projects over others. The features and benefits it provides can be used to make a project that much better. Here are just a few areas where React development shines the most.

For any project that has complex UI requirements, React sits at the top of the options list. React allows the reuse of UI components. This is very helpful when several pages have the same UI design. It cuts down the amount of code that needs to be written.

Every web development company makes good use of React. This is because it is great for web development when there are many dynamic components involved. When one component is changed, any other components related to it are automatically updated without having to manually do it.

Simple small-scale applications will not do for large enterprise businesses. This is where React makes for an appealing technology. Its ability to reuse components acts as an advantage yet again! The longevity of such projects is good since their long-term costs are reduced.

When developing software for your business, making the right choice the first time will save time, money, and other resources. Sometimes the money doesn’t matter but the time does since you have a deadline to meet!  React harnesses the power of the JavaScript library, making it important for the development of Progressive web apps (PWA). That is if you want an application that has an attractive user interface and performs well enough to keep users engaged! 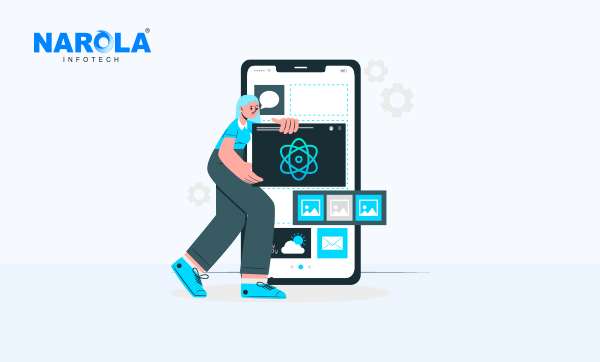 ReactJS- Why is this Technology Beneficial for your Web Development Projects 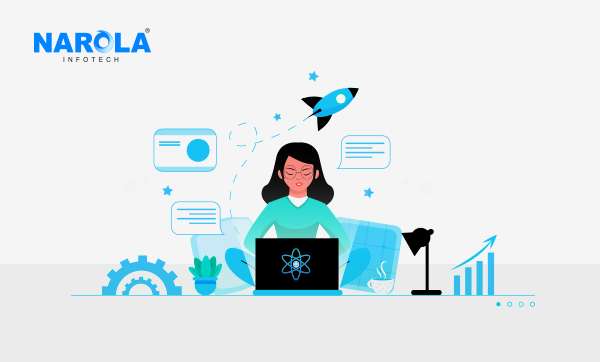 How ReactJS Development is Relevant for Both Startups and Large Businesses?