During the third quarter of 2018, revenue generation was $18.2 billion from mobile app revenue.  But a whopping 66% of this worth belongs to the App Store. So, iOS app development has remained a clear winner among the other top two mobile application platforms.

Plus, according to Forbes and iOS app developers, building an iOS app costs half that of an Android app. Revenue of the App Store is 93% more than Google Play.  That said, Apple became the first company to hit a $3 trillion market value in the world.  So, the main reason for this is that the App Store has shifted in iOS development trends. 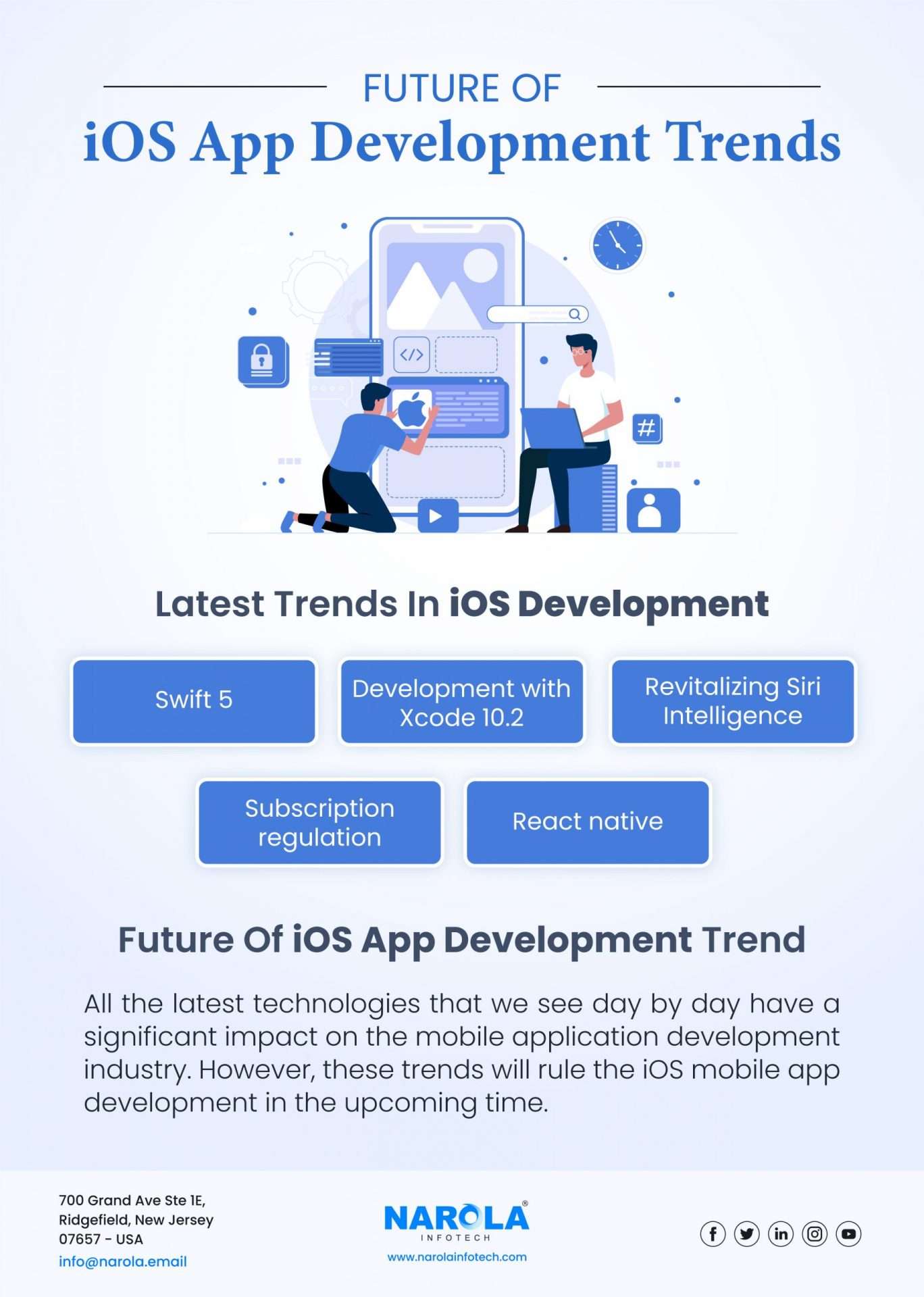 The best and notable improvement done is the compatibility of the application with iOS 9.0+.  But, the old problems are no more visible in the newest version. The iOS app development service can seamlessly develop and rebuild apps with this latest version.

So, the new version of Xcode also allows the developers to enhance stability. But drop the build time.  Also, Xcode has come up with a dark theme that is one of the most demanding app features in the market.

One of the fastest-growing languages is Swift. It has comprehensive libraries and huge compatibility with macOS and iOS. Swift was launched in mid of 2014. Since then, the language managed to climb up to the top 10 TIOBE ratings in recent years.

The Swift community manager and leader have stated that after remarkable efficiency in automatic memory management and faster development, they are going to produce more versions. So, with the upcoming iOS, Swift will be making a huge market in the technological world.

The most talked-about and inarguably the top virtual assistant, as per many studies, is Siri. Naturally, Siri is also Alexa’s primary rival and is improving drastically. So much so that it beats its opponent in every aspect! Thus, Apple is also investing a lot to keep improving the results.

There is an excellent expansion in the maintenance team of Siri. So it clearly shows a big revamp is on the way. According to MobInspire, the new teams are focusing more on the Siri Kit.

The combination of Siri Kit and Intents framework has yielded amazing results to the developers at Mob Inspire. Siri is improving with every passing day. The iOS developers focus a lot on Siri as it has created quite a buzz in the market.

Multiple Research on app stores says that 70% of Apple Store’s revenue consists of subscriptions, upgrades, and in-app purchases. In total, the Apple Store has made almost a total of $890 million in the last year’s end week alone. The number goes on increasing drastically every year.

React Native is a cross-platform app development framework that is quite favored by top development companies. It has fine connectivity and an easy user interface. The best part is it provides platform-specific file extensions.

React nurtures is a big community that helps in improving coding templates and libraries. React native is the best choice for companies that intend to launch an application over both major platforms. That is without allotting a separate budget for each. The framework allows developers to cut costs up to  50% of what it requires to develop native apps.