How to Create Fully Secure Apps With iOS App Development

The worst nightmare for any app owner is their app getting attacked by hackers. Once hackers breach the app’s security, the brand loses all credibility in the eyes of its users. Therefore, you must hire a dedicated iOS developer team that integrates the best security measures into your app.

However, hackers are getting smarter, and the risk of cyber-attacks is more than ever. But don’t worry!

In this article, we will discuss ways to secure your app during iPhone app development. 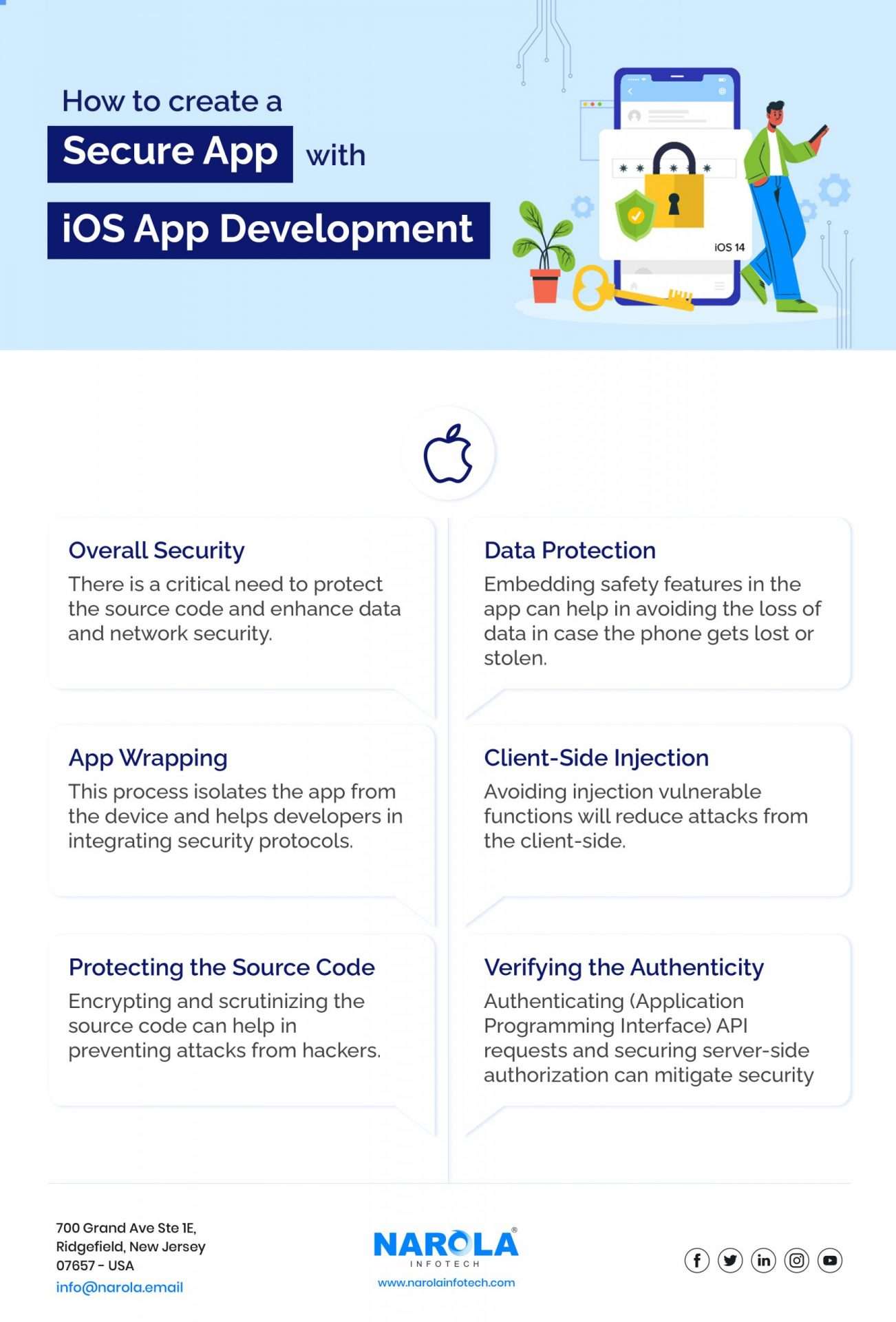 As the app owner, it is your responsibility to take security precautions right from the beginning of the development process. It isn’t something that you must consider when iOS app development ends!

There are multiple vulnerabilities in the source code of the app. These might arise from a failure to test the code, a developer error, or a hacker targeting your apps.

The iPhone devices contain the code for the native apps. This implies that once the hackers download the code, they will easily be able to access personal data. Apart from that, there are other areas of app security that you must focus on like data and network security.

App wrapping is one of the easiest and quickest ways to deploy the app securely. It separates the app from the device. That allows an iOS app developer team to incorporate security policies into the application. It helps in protecting the data without changing the look or functionality of the app.

The key goal of app wrapping is to keep any security flaws or data breaches to a minimum. It merely requires small adjustments. That enables users to pick and choose which aspects they want to limit. It includes pre-installed software for often restricted elements.

The source code is particularly hard to protect. More so in recent times when organizations have employees working from remote locations. That gives hackers multiple points of entry, making the source code more vulnerable to attacks.

There are many ways that iOS software development services providers can protect the source code:

One of the most common situations where users face the risk of data theft is when they lose their phones. Although Apple provides security safeguards to secure the data on the phone, it isn’t sufficient.

iOS app development services should not depend on the device’s mechanism to safeguard sensitive data. Instead, they should embed security within the apps. Therefore, developers must store data on the iPhone device only when it is necessary for the app to function properly.

This refers to the attack initiated from the end of the user. The hackers send some malicious content to the user in the form of a link or an email. When the user clicks on it, it gives the hackers easy access to the user’s data and device.

Developers must take adequate precautions to safeguard the app during custom iOS application development. They must avoid injection-vulnerable functions. When employing URL schemes, they should use additional validation. For further security, using a parameterized query is a good idea.

When designing hybrid apps, an iPhone application development company must strive to keep the app’s local capabilities to a minimum. This will manage and control the mobile application’s UIWebView.

Due to inferior server-side development standards, the app is sometimes vulnerable to security risks. There are a few steps that the iOS app development company can take to mitigate the threat-

The above-mentioned ways will definitely improve the safety of your app. But what is more important is effectively integrating these measures. For that, you need a tech partner who can provide full-fledged iOS application development services.

The developers of an iOS app development company like Narola have worked on several projects for clients across the world. That has made them familiar with almost every vulnerability that an app can suffer from. If you want to make a fully secure and functional iOS app, contact us at any time.