Technology has revolutionized the mobile industry and the way people live. As it evolves, the barriers seem to be disappearing. Custom iOS application development is one of the verticals of technology every business is investing in.

With IoT gaining popularity, there is a lot of incoming influence that it brings to iOS software development services. For example, everyone depends on the iPhone app for everything; business, food, flights, shopping, etc.

The use of apps is only going to increase. Let us look at the influence IoT brings to Ios app development services.

Influence Of IoT In An iPhone App Development

A new trend enables users to connect devices to the internet. Which could not have been possible before—for example, televisions. Phones find use as mobile internet adapters to control devices. There are many futuristic things an iPhone can currently do, such as interact with lights, track pets, etc. 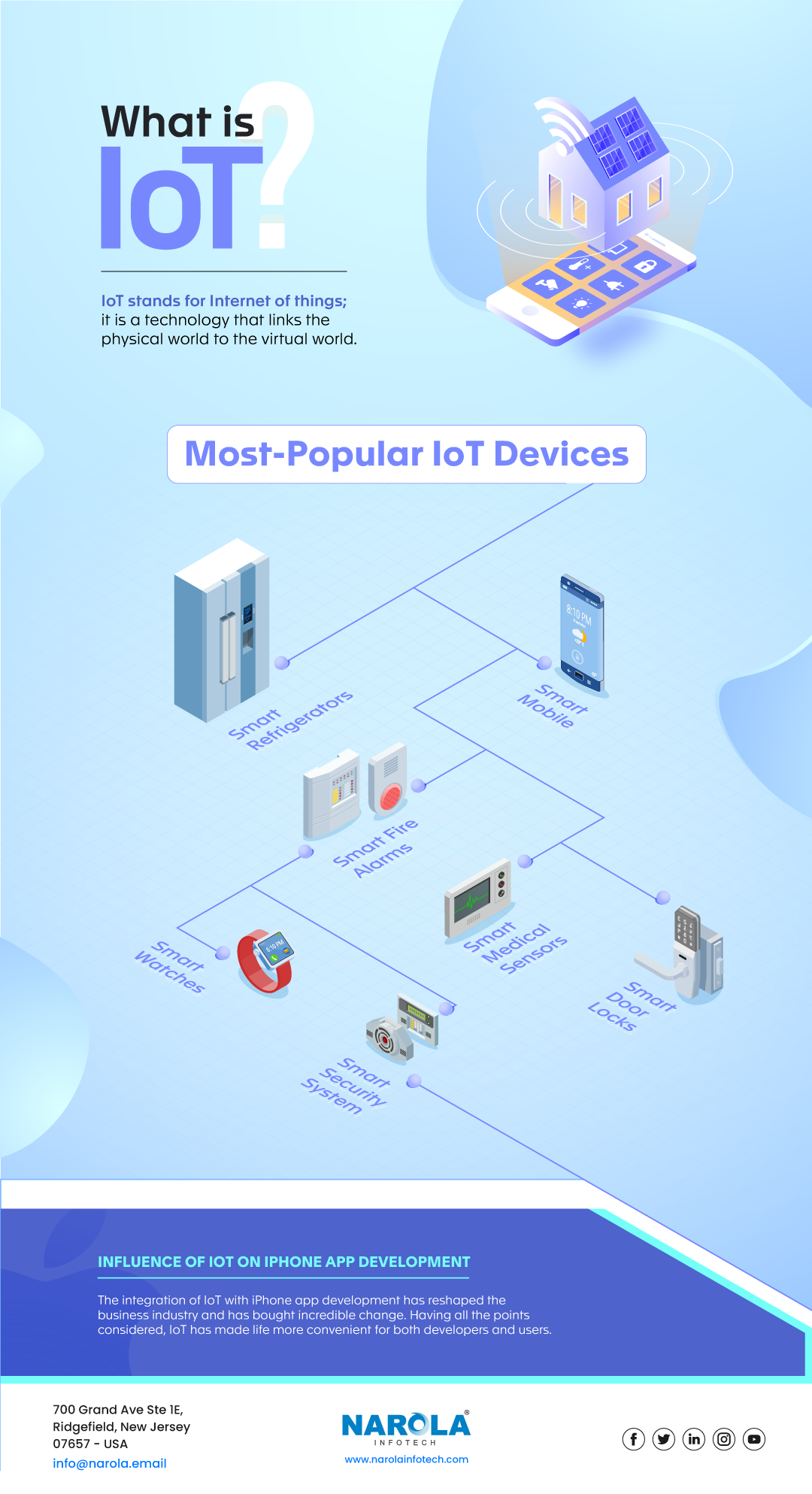 iOS App Development Services with The Future in Mind

It is not too late for mobile phone app development companies and other organizations to join hands to create mobile applications that are IoT friendly.

iOS app development services help in the creation of ceratin mechanisms. In these mechanisms, information transmission occurs through sensors by devices. But information receiving is usually immediately! It is important for the devices and the iOS mobile app to sync properly.  Also, this adds value to people’s lives.

Nowadays, almost every iOS app developer uses the Swift programming language. That said, whether employed with a company or a freelancer they still use it. This is because it is extremely intuitive and very easy to use.

Launched in 2014, it has already become the prime programming language for a majority of app development companies. So, it is easy for coders and iOS developers to create mobile apps as well as server-side management platforms using this programming language.

Swift is set to grow more in the years to come.

A lot is happening in the world of IoT-Internet of things. So, this has brought about many changes in how we develop iPhone apps today.

Some of these changes are:

Choosing a home device is linked to the connection of multiple devices via the Internet of Things. This means that when selecting a home device, one should choose one that can connect to other devices.

When many devices wish to connect to the IoT, it requires a steady connection. Without this, users may experience an interruption to services on their devices. Technology now allows multiple devices to connect in various ways.

Users could use Wi-Fi and Bluetooth at the same time to connect their device to a main peripheral. An excellent IoT device will be able to connect to many networks.

There are various ways to access the IoT from a device. It varies for each device. For example, some devices may use the touchscreen feature to access the IoT. But a user could operate it by keyboard and mouse for another. Ideal iOS devices are those which allow accessibility with a gesture control module.

When an iOS app developer is working to develop the IoT, they should remember to explore the possibilities of merged functionality between various devices. Consider how different devices may or may not work together to produce the desired result on mobile app development.

The Internet of Things and iPhone app development are evolving rapidly. This is due to technological changes happening very often.  However, this will ultimately result in a much greater connected environment. When productive efforts are applied to develop cloud-based apps, it leads to a world connected in a much better way with the influence of IoT.